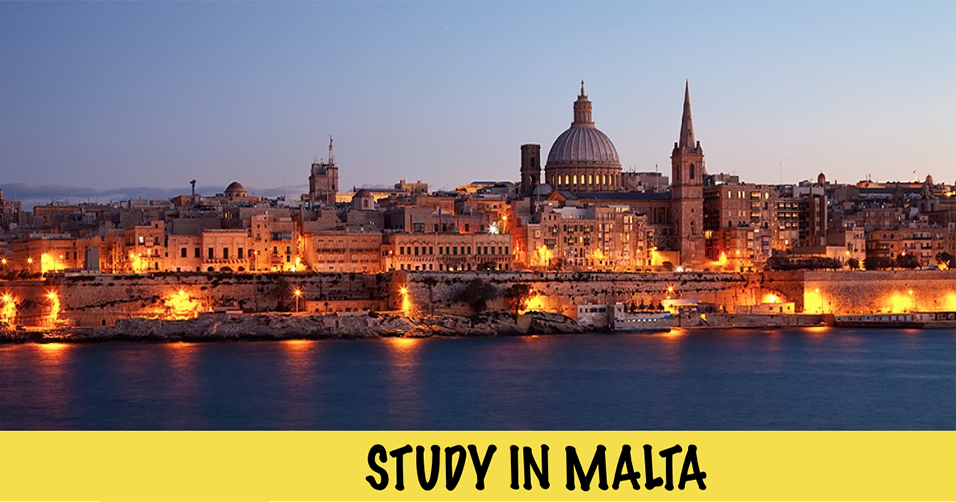 Reasons Why You Should Study Abroad in Malta
How much do you know about the island of Malta? While it’s famous for a cinematic falcon, Catholic knights, beautiful cathedrals and stunning beaches, Malta is much morethan a vacation destination – it boasts some of the finest institutions of learning in the world. Here are a few reasons why you should study abroad in Malta:
1. The University of Malta is one of the world’s oldest and most respected institutes of learning
The University of Malta offers students rich and diverse curricula and is the oldest university in the world outside of Britain. Founded in 1592, the University of Malta boasts one of the most renowned performing arts programs in Europe. Students of music, dance or drama will find a robust theater and music departments, featuring internationally-known and esteemed faculty and guest instructors.
2. Malta is a wonderful study abroad destination for students who are more comfortable in English-speaking regions
Studying abroad can be difficult for students who feel nervous about living in unfamiliar surroundings for an extended period of time. For students who might not be comfortable in a wholly alien environment, Malta is a wonderful destination. Not only is it an English-speaking country (Maltese and English are the nation’s official languages), students and expatriates from all over the world live on the island, making it highly diverse and welcoming. English-speaking students are able to communicate with the locals easily and navigate the island efficiently.
3. The weather, culture and cuisine are extraordinary
If you love excellent food, glorious weather and exciting nightlife, Malta is the island for you! Malta offers some of the world’s finest cuisine. While the cuisine of Malta’s neighbors is far more well represented in the U.S. (Italian and Greek restaurants are more plentiful stateside than Maltese restaurants), Maltese dishes are fresh, seasonal and delicious.
Maltese culinary staples are fresh pasta, olive oil and seafood. If you’re a fan of seafood, you’ll find no fresher fare anywhere in the world. The national fish is Lampuka (also known as mahi-mahi), but tuna and swordfish are just as plentiful, and can be enjoyed in a variety of preparations. Malta is also famous for its pastries (pastizzi), which are the go-to snack after a hard day’s work or a night at a club.
Speaking of clubs – Malta has a thrilling club scene. Fans of live music will love the seaside bars and venues, where some of the world’s most popular live acts can be seen performing impromptu concerts. Because the weather is absolutely gorgeous 300 days of the year, there are also outdoor concerts all year long.
4. Malta is a mecca for outdoor activities
Malta is a paradise for anyone who’s a fan of rock climbing, hiking, watersports, soccer, sailing or just lying on the beach. However, diving in Malta is uniquely thrilling, as the marine life in the Maltese waters is some of the most diverse and colorful in the Mediterranean. There are also abundant complex underwater vistas, as well as the remnants of ancient shipwrecks that have transitioned into habitats for sea life.
There are also glorious beaches throughout Malta. With approximately 125 miles of nearly pristine coastline, its impossible not to find a perfect seaside escape. Maltese beaches range from large and public with every possible restaurant, bar and nightclub within easy reach, to small and nearly deserted hideaways where visitors can get away for a few hours for a private swim.
5. Malta is one of the safest countries in the world
While the more touristy areas of Malta do attract pickpockets and scammers (just like every tourist destination on earth), Malta is largely crime-free and is known as being one of the safest destinations in all of Europe.
Best Schools & Universities in Malta 2018
• Eurocentres. ... • Learnkey Training Institute. ... • STC Higher Education. ... • AUM American University of Malta. ... • University of Malta. ... • Transcontinental Institution Of Higher Education. ... • am Language Studio. ... • EEC-ITIS Malta Tourism and Languages Institute • And many more
READY TO STUDY IN MALTA?
Looking For More Information Regarding Studying In Malta, Contact Us at enquire@firstnotchimmigration.com or call us at +91 9319574401
Contact Us