Australia has announced some major changes to its immigration system, including eligible occupations for permanent and temporary immigration. 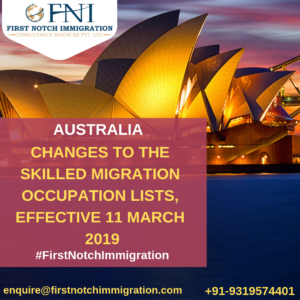 The changes to the occupation lists have been made following consultation with the Department of Jobs and Small Business based on the labour market advice provided by the department.

In the latest update, 36 new occupations have been added to the Medium and Long-Term Skill List, including professional footballers and tennis coaches. The Department of Home Affairs says the update to the skilled occupations lists ensures that the entry of skilled foreign workers to Australia remains carefully calibrated to Australia’s needs.

The new 36 occupations added up to the Skilled Occupation list 2019 are: